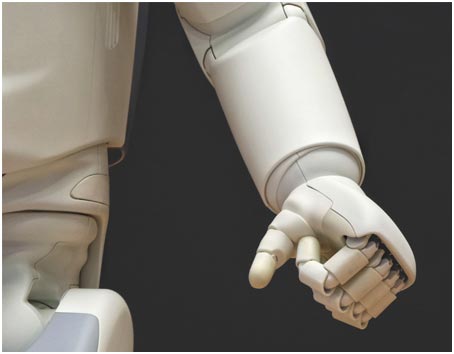 In the past few years, I’ve been observing and commenting about what is now being called ‘disruptive technologies’. I have worried that we are looking at this and similar kinds of emerging technologies in a minimal sense – something that we outsource all of our work. The current perception is technology will do our job for us. For me, this is distressing because it has left us less involved and engaged in how we are shaping our future. If you are looking at it from this myopic point of view, that these technologies are meant for us to continue being us, albeit in an easier way, then we are not factoring in the long-term picture. I certainly feel that technology has made life easier in certain aspects, but I firmly believe that it is only one facet of what it is meant to do. There are many other dimensions to the use of technology than merely making life easier for some. If one were to take the view above, then one ends with scenarios where technology will replace human beings in jobs, and the much prophesied Artificial Intelligence dystopia will be upon us shortly. On the other hand, if we were to augment these new technologies to enhance our work, what we would be able to achieve can be limited only by imagination. At its very basic, Augmented Intelligence stands for using existing and emerging technologies to advance human capabilities, skills and achievements. The Augmented Intelligence theory which I talk of believes that human beings have innate senses, skills and abilities which when actualised to their fullest potential can make for a better world. I acknowledge that there are specific routine tasks that machines will be able to do better. Then again, this supports my worldview of Augmented Intelligence as we can leverage these to our advantage to enable us to work on matters that require the human touch. The only criterion I place in my Augmented Intelligence theory framework is that we need to be lifelong learners, in constant learning mode.

In my role as a faculty, principal, advisor and above all, a learner, I have been trying to change this perception of aversion to emerging technologies over the last many years. Moreover, for deeply rooted fear induced perceptions to change, we need clarity on the matter at hand which can only be obtained by looking at it from a longer-term view, rationally. Also, it is not all of a sudden that this fear of better-than-me efficient machines has emerged. One can trace it back to a few centuries when the ‘Luddites’, a group of English textile workers who were threatened by the emerging weaving machines, began to destroy these types of machinery as a sign of protest. Some might argue that the Luddites were not opposed to technology but to the use of the same by manufacturers that went against labour practices. The point being, resistance to technology has been there and will continue to be there. So this is where I would like to emphasise my point – we have been taking a short-sighted simplistic view of technology. It is true that technology will remove some jobs but at the same time add many more. When the ATM revolution was thriving, many feared that bank tellers would be jobless. However, what I’ve noticed is that this has enabled banks to free up many employees to open up new branches to cater to the increased demand. Automation should be seen as a boon, not a bane as it has freed up people to do something more meaningful. Of course, if you are not good at what you do, then it wouldn’t take a machine to replace you. I often tell this to educators who are worried about whether technology will make them redundant. If you feel technology has the innate capability to make something as complex and diverse as learning easy and replace you as a teacher, foregoing the student-teacher bond and interaction, then in all likelihood, you deserve to be replaced. As mentioned earlier, the need to be in constant learning mode cannot be emphasised enough.

Again, we give meaning to things. If we see it as a threat, then our mind is processing how to overcome this threat and in the process missing out on the countless possibilities where we could augment this so-called “threat” for our benefit. I have talked to my colleagues and fellow educators about the need to augment these so-called intelligences and technologies for enhancing our intellect.  What we can do now for sure is leverage these technologies to enhance our potential across different domain areas. An example that comes to mind of this nature is the power of MOOCs (Massive Online Open Courses) that are delivered by faculty from universities across the world. These MOOCS augment the use of technology and other-intelligence to make learning personalised and available to a larger, diverse audience. This was in the realm of the impossible a little over five years ago. In the current world of Augmented Intelligence, an individual in learning mode has endless possibilities.

Moreover, this brings me to another point I would like to bring to the fore – about the pace of advancement. It probably has been talked about in numerous forums by various experts before, but many are yet to fathom the nature and speed of this change…until it hits them. We’ve had multiple revolutions before – industrial, manufacturing, service, knowledge, automation – but the one before us is unlike any we’ve seen before. To the keen observer, it will become clear that the frequency of these revolutions has been continuously accelerating. So much so that while the industrial revolution took nearly two centuries to gain full steam, what we have now before us will develop to the same potential in less than two decades. What we should understand is we have the choice, possibility and competence to shape what we want out of the future. We should make the unfamiliar, familiar. We should use technology to augment our intelligence to open up possibilities, which will help us actualise our potential. That, I believe, will dictate the future of human race. And for this to happen we should equip our learners with the skills and processes that go beyond the cerebral development. Our current and future learners should be educated about Physical, Emotional, Social and Spiritual development in tandem with Cerebral development. These unique qualities that we possess as human beings will help usher in the Augmented Intelligence (AI) era.