At Pallavan, Jhalawar, we strive for excellence with sincerity of purpose, inculcate independence of thought and action among our students and encourage actualizing their potential by making informed choices in their lives. We not only encourage them to perform academically, rather we inculcate the five areas of development through which the students can discover the genius within themselves.

Amid COVID crisis, we never compromised with the quality of education even though, our students were not there on the campus. We organized regular online classes of every subject in addition to organizing online physical activity classes inclusive of yoga, music classes, art and craft competitions making sure that the children did not lose the essential learning and development.

The results of our struggle and hard work have been phenomenal as the students not only achieved excellence in academics, rather they performed amazingly in different state and national level sports tournaments organized at different intervals whenever it was possible to organize the competitions physically when there was a relaxation in the lockdown. The biggest achievements are we did not lose in admissions and we were able to restart our junior schools in both Jhalawar and Jhalrapatan due to popular demand of the people of the respective areas.

The biggest academic achievements during the period are: 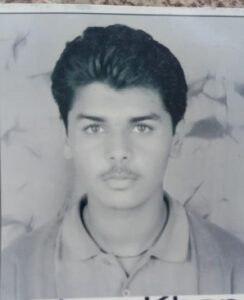 Arbaz has been selected in IIT Madras in his first attempt without any formal coaching and tuition. Arbaz comes from a Village named Rajpura, which is around 30 kilometers from the school. The village is inhabited by people involved in farming or dairy activities. Arbaz’s father runs a milk dairy and Arbaz had literally no support from his parents with regards to studies or getting information about different opportunities in life and he had to rely on himself and on our teachers. He is pursuing Engineering in Naval Architecture and Ocean Engineering from IIT Madras. He had offers from IIT Bombay, IIT Roorkee and many other IITs. He is being offered financial support from many multinational companies for his whole education in the hope that once he finishes his education, he will work for them.

Prashant Patidar has been selected in Agriculture Research, a test organized by the National Testing Agency (NTA) and secured 71st Rank All over India. This is also a huge achievement as he has taken admission in one of the top most universities in Asia. Prashant also did not receive any formal coaching or tuition. He belongs to a remote village named Khedla which is around 40 kilometres from our school. The village is inhabited by traditional farmers who totally depend on thw monsoon for their crops and face a lot of problems during crop failure either due to no rain or excessive cold. There were many instances when his father was unable to pay the monthly fee to Pallavan School, and we were always there to support him and waived of the fee.

Prashant has also been getting vario proposals for different multinational agriculture research companies, but he is focusing on his education right now.

Achievements in the Medical Field

class 6 Pallavan Jhalawar secured first rank in Jhalawar in Vidyarthi Vigyan Manthan – India’s Largest Science Talent Search for New India Using Digital Devices (VVM) 2020-21 organised by Vijnana Bharti (VIBHA) in association with Vigyan Prasar, Department of Science and Technology, Government of India and NCERT, Ministry of Education.This is a huge achievement as it has been organised by Education Ministry.

Pallavan U17 colts won the District Level Under 17 Cricket tournament