The Curious Mind: A Birds Eye View about the Preciousness of Human Life 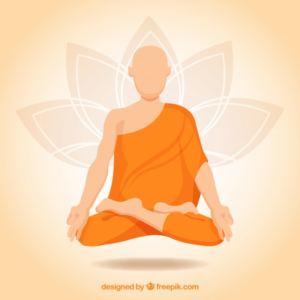 We often talk about the Purpose of Life, for me, I find life itself more intriguing than the purpose. Perhaps, the relevant question would be ‘What is Life?’

I would like to begin with one of the short stories, which my beloved late mother used to tell me when I was young. Somehow this story has stuck with me throughout my life. It is a story about ‘A Butcher and A Curious Meditator’.

A butcher and a meditator lived on the opposite edges of two cliffs with a steep drop in the middle. Everyday, the meditator observed from his small hut that the butcher killed an animal and carried it to market for selling. The meditator was proud and relieved that he was not into such kind of sinful activity. While the butcher observed this meditator from a small window of his hut and wondered how peaceful and noble the meditator mist be.

The butcher collected the ankle bones of each animal that he killed and offered butter lamps for every one of them. While the meditator spent most of his time in meditation and contemplation.

One day the butcher noticed the pile of ankle bones that had been collecting and repented deeply for his act. He thought his life was not worth living for and it would be better if he ended his life. With great sorrow and regret for his actions, he decided to jump off the cliff and pray for a better rebirth in the next life. The meditator found it unusual that the butcher did not kill any animal that day. Full of curiosity, the meditator stopped his daily meditation and observed eagerly from the other side of the cliff.

Suddenly, the butcher came out from his hut and after praying briefly with folded hands he jumped off the cliff. The meditator was shocked and surprised, he came running towards the cliff and saw the butcher falling deeply into the gorge. He thought, perhaps it is good that the butcher ended his life here. His life was not worth living for with so much burden of sins that he must carry. He was feeling proud and relieved that he had spent most of his life in meditation and contemplation.

The meditator was still shocked and was also curious about how a sinful person like the butcher could fly and not be dead. With so much jealousy and curiosity in his mind, he thought he could also fly without any doubt. He jumped off the cliff and never came back.

This short story could raise so many open-ended questions, for which we can spend our entire life finding the right answer. However, we can relate it with the most famous saying ‘curiosity killed the cat’. Having a curious mind ourselves we can ponder upon the moral of the story and try to make sense out of it.

I think most of us agree that human life form is very precious to us. We are gifted with various qualities coupled with intellect and intelligence which are rare comparing to other life forms. It is even astonishing to notice how many life forms exist on this planet. For example, in the world, some 900 thousand different kinds of living insects are known. At any time, it is estimated that there are some 10 quintillion (10,000,000,000,000,000,000) individual insects alive. Recent figures indicate that there are more than 200 million insects for each human on the planet! Going by this figure, and considering the concept of rebirth, it is an absolute celebration to acknowledge the human life form that we are born in.

Born in the human life form gives us tremendous opportunity to actualize many of our potentials and if these are based on the foundation of compassion and love, it is the gem that one should cherish thoughout. It is only this life form that gives us the ability to use our five sense organs effectively. This will also allow us to practice and imbibe qualities of great personalities like Buddha, Mahavira, Muhammad and so on.

There is a continuous growth of human potential from childhood to adulthood. A child who barely walks in the initial stages might become the fastest sprinter in the world. However, there are various causes and conditions which will become stimuli and result in consequences, some, or many of which are beyond our control. Family, neighbourhood, community, country, and your mental environment play a significant role in shaping the person that you will become or have become. At a certain stage of life, I think, the mental environment that you will create is the most crucial element, which will be become the deciding factor.

So, let us analyse how this is so. I hope by now, we can acknowledge that we are incredibly lucky to have this precious human life form. We can also acknowledge that some of our potential not only has a life-altering effect on ourselves but also to the immediate surroundings and even to the whole wide world. We have many historical examples to quote from such as the discovery and invention of fire to wheels, light to the internet, atomic bombs to reconciliations. All these inventions and discoveries had and will continue to have a tremendous effect on life qualities and provide the seed for future potentials for future generations. The consequences and results generated by human actions and decisions by both individuals and groups, most of the time, have a snowball effect. Hence, we need to be extremely careful in handling our potential and try harnessing them in a way that it will bring joy and peace not only for oneself but for the entire living form around us.

Through our experiences in life, we have realised that our mind is the most influential organ within us. Many scholars, personalities and various schools of thought have flourished since ancient times. All of them have dealt with the properties, characteristics, agility, and techniques to tame this mind. Especially in India, since thousands of years, a whole system has been developed in taming this mind to actualise its potentials in bringing forth the qualities that will have profound effects on the quality of life. Hundreds of thousands of scriptures and books have been written, debated, and implemented. It will be impossible to venture into the world of these great schools of thoughts in this short writing, but as some have acknowledged that Indian ancient psychology is a way ahead than its modern peers.

As we have noticed also through the above short story about ‘A Butcher and A Mditator’. I think we all can admit that our life is full of adventures, emotions, decisions, and consequences. Most important of all is the internal emotions and thought process that guides our actions which leads to consequences. During this global health crises, we have noticed one thing very prominently is that how our mind is restless and unsettled with things we are habituated with. Many of us have also realised that training or taming this mind is a quintessential exercise. And for some, it has become an involuntary retreat from normal life which and thrown an open-ended question of whether all these were necessary. I think nature has also healed to a certain extent during this involuntary retreat by humans. In his context, we can also understand that in many of the schools of thought there is a tradition of going into a voluntary retreat. The main purpose of this exercise is to pull back from the daily chores of life, contemplate and analyse our thoughts and actions that have a profound effect on oneself and to the surroundings.

It is interesting to observe diversity not only in human life forms but also in the culture, language, geography, and history. Depending on the mental dispositions and human needs, various forms of guidelines and systems were invented to channelise thought process and actions. Like the rules and regulations enacted by various organised forms of society on this planet, so that we can avoid any actions and thoughts which will bring potential harm to oneself and others. As we need different types of medicines for various illnesses, in the same way we need different systems, philosophies, and religions to lead one’s life meaningfully. However, it is also understandable to realise that our mind does not work in silos, it is complex and intertwined and depends on various elements and stimuli to act in a certain way which brings desired consequences. Hence, we need effective tools and techniques which we can apply in our daily lives.

That is why, I believe, many schools of thought have emerged in India and flourished. It takes quite an amount of time and energy to choose the one that compliments your curiosity and provides the right path to deal with your thoughts and emotions. Prince Siddhartha also travelled far and wide, consulted various scholars and yogis, passed various austerity of practices and then finally found the path, called the Middle Way, in a split of a second while meditating under the Bodhi tree at Bodhgaya.

Contemplating on Siddhartha’s 84,000 words of advice and teachings, perhaps we can start the process by recalling the story of ‘A Butcher And A Meditator’ as narrated in the beginning. Since nothing happens in isolation, we need to deal with our emotions and thoughts including ‘Curiosity’ with correct direction. Such as, what if we set three things right: Motivation, Intention and Commitment, before we embark on our journey of life. As for someone who follows Siddhartha’s advice, we might need to align the above three processes with the right view or the four seals or truths. They are:

It was propounded that these four seals are not mutually non-exclusive, and someone is not a ‘Buddhist’ if the above four seals are not accepted or followed. Perhaps, the meditator in the story could not realise this even after years of contemplation and who knows the butcher might have realised in a split of a second while he was falling into the gorge.

It was also propounded that once you realise the above four seals, one needs to abandon the path (‘Buddhism’) also and that Happiness and Nirvana are also not the ultimate goals of human life. Intriguing, isn’t it? Well, that might take a good amount of our quality time to investigate further, perhaps. However, it is not too late to start right now!