Publish or Perish: The Struggle to Write By Saroj Thapa 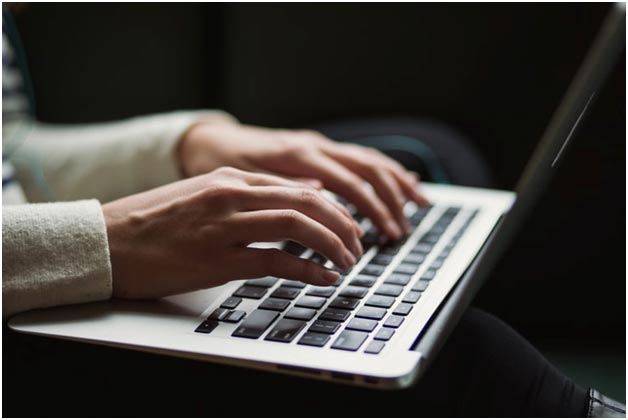 I have beautiful thoughts and wonderful ideas going on in my head all the time. So when someone asks me to write something I feel that’s a breeze! A smart comment, a quick repartee, a keen observation or a deep thought – I have it all, or so I think. No worries, I can churn out an academic paper or a short essay – 1954 words if you wish – in no time at all. In reality nothing is on paper – like I said, it is all in my head.

In academia it is either publish or perish. Books written in your head do not count. So I perished. Even for my thesis I completed data collection and analysis in good time, but took an inordinately long time to write it. It finally got done when the University gave an ultimatum that either I completed it or abandoned all hopes. Having spent so many years on it, would have been devastating to abandon, so it finally got done. I have had well-meaning friends advising me to convert the thesis into books. Actually would have required some effort, but most of the work was already done. No, I didn’t do it. At least not yet. So, not academic writing, but small articles and essays? But the story doesn’t get very different.

Is it writer’s block? Is it just plain fear of exposing oneself for public scrutiny? Somebody once said to me that you need to have the audacity to think that people want to hear what you have to say. He has no clue that even my husband and my boys don’t seem enthusiastic over what I have to say. Easier for him to advise! He wants to write at least 100 books before he quits finally and I think he is on to his 80th or 90th book already. Acclaimed books, mind you! Some serious erudite stuff. Energized by his encouragement I tried ‘to put the pen to paper’ but in reality just stared at the blank screen till I got distracted by the patterns I began to see.Talking about distractions, one is amazed that so many important things come up and take precedence over the writing task. Those are not excuses – not at all – because I do want to write and I understand I have to write. Yet what does one do with all the other things that absolutely need your immediate attention?

So it is established that I can’t write when I am in front of the computer. But I get the urge to do it when I am in situations where it is impossible to write, for instance, driving in the streets of Delhi. People dread driving in Delhi. They feel it is the most dreadful thing they have ever had to do and given the lamest excuse they will get someone else to do the job. On the contrary I love it. I feel connected to the pulse of Delhi – how people think and have the desire to get ahead at all costs – usually at the cost of those driving alongside! And who taught these guys on the road how to drive anyways? Who gave them the license to kill – oops sorry, the license to drive? All they seem to know is how to take the car forward but never learnt that it is wrong to overtake from the left; that honking does not miraculously clear a traffic jam; that it is LANE driving that the Department of Transport is promoting, not driving on the LINE; and that you must make way for the Ambulance!!! Just as Lucknow is known for its tahazeeb(culture) of ‘pahaleaap’ (please, after you), every driver in Delhi seems to be screaming ‘pahale main’  (me first!!!)  And while I am driving I have a blog going on in my head. I have sarcasm,I have humour, I can pun and I have every tool that is required to be a successful writer. Alas! Such talent never sees the light of day!

Few years ago I read a book by Santosh Desai titled Mother Pious Lady. It is a collection of his writings in Times of India that try to make sense of every day India. I was intrigued by the title which turned out to be part of a matrimonial advertisement. After describing father and the siblings, this was the most honest way of describing the mother who apparently did nothing else that was worth talking about. I loved the book, which was funny and commented on the most innocuous everyday things that made you look at it again in a new light. I decided then that I would write in the same genre, a series of small blogs that could eventually be put together as The World According to Saroj. Would I get sued for plagiarism as the title sounds eerily like The World According to Garp by John Irving? A little bit of negative publicity never hurt anyone – actually it is good publicity!!! But hey, wait a second! Don’t run away in the head!!! Santosh Desai writes a column every week and has been doing it for many years!!!! I am yet to write my first one. The trouble of writing in your head is that you can traverse time in any direction any time.