On Creativity By Nikita Bhargava 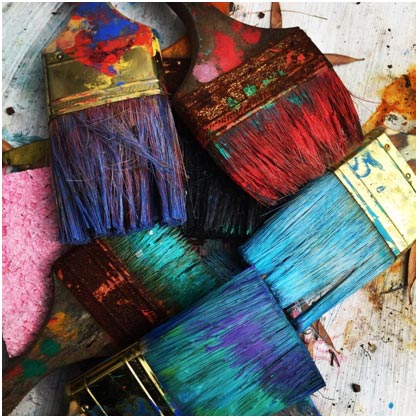 There was a WhatsApp forward I received a few months back that has stayed with me. It recounted the story of a little boy who was asked to draw a flower by his teacher, who demonstrated how a flower was drawn, with red petals and a green stem. When he proceeded to draw his own version, it looked nothing like his teacher’s. His had green petals and a yellow stem. The teacher saw this and immediately set out to rectify his ‘mistake’. She would have very strict instructions about every new assignment she gave. When the boy moved to a new school, he was asked to draw a flower by his new teacher. He asked her ‘What should the flower look like?’ and the teacher replied,‘It can look like anything! Let your imagination go wild!’ and he then proceeded to draw a flower with red petals and a green stem. This story hit me particularly hard because I suspect, I was and am, that little boy. Most of our schooling systems are machines whose end-goal is to produce a very specific kind of ‘successful’ student and anyone not fitting in is made very aware of it.

In a similar vein is Sir Ken Robinson’s 2009 TED Talk: ‘Do Schools Kill Creativity?’ whose title gives away his concerns. He argues that most school systems have a very narrow definition of intelligence and everybody is assessed against this definition. He says, instead, what they need to realise is that intelligence is ‘diverse, dynamic and distinct’. The format of teaching is such that students are told, whether explicitly or implicitly, that there is only one right answer, even in creative assignments. And this leads to a development of the fear of being wrong, the fear of failure. But Sir Robinson makes the point that ‘If you’re not prepared to be wrong you will never come up with anything original’. That is why it is so important to inculcate creativity in students and value each child for their inherent strengths, as opposed to judging them by antiquated standards that were developed during the Industrial age.

Personally, I struggled with this when I went to architecture school. It was very difficult for me break out of the ‘one right answer’ mode of operation, and start looking at the world from a different perspective- one, not where there is a question and a right answer, but where there are problems with multiple solutions. These solutions vary from person to person, depending on their own unique take on the world. But unfortunately, higher education in India is also an extension of its schooling system and is not completely rid of its flaws. That fear of failure is something I continue struggle with, but I am slowly, with experience, learning to become aware of it and pushing it to the side, and express my creativity and individuality.