Nature vs Nurture by Sunaina Narang 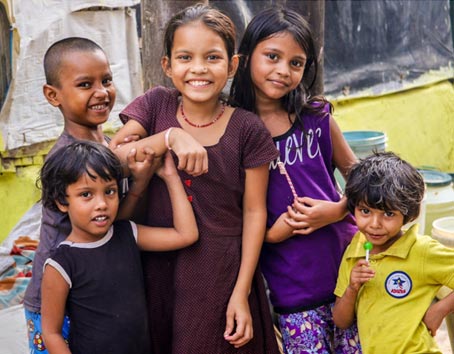 Nature vs nurture is an age-old rebate — does our genetic makeup define who we are or is it the environment that we grow up in have the most impact? I inherited my dad’s round face and my mother’s skin tone. But did I also inherit my father’s easy-going personality or my mother’s giving nature? As I grew I did begin to observe traits in my personality which were like those of my parents.

I used to overhear my parents discuss this when I was growing up but I never really paid much attention to it. It’s only after my son was born that I began to seriously give it some thought. I began reading up about this as I saw traits in my son which were similar to those of his father. And I was told he, in turn, had inherited similar traits from his father. This made me think – will my son be prone to the same mistakes made by his father? Can one transcend one’s genes?

The initial use of the Nature vs. Nurture theory was credited to psychologist Sir Francis Galton in 1869 (Bynum, 2002). The debate centres on the relative contributions of genetic inheritance and environmental factors to human development. ‘Nature refers to all of the genes and hereditary factors that influence who we are—from our physical appearance to our personality characteristics. Nurture refers to all the environmental variables that impact who we are, including our early childhood experiences, how we were raised, our social relationships, and our surrounding culture.’

While earlier it was believed nature played the more important role in shaping us, today it is admitted that nature and nurture are equally important.

Education plays a critical role in our development. It not only opens our minds to new knowledge it also shapes the way we see the world. Therefore, I believe a good solid education plays a crucial role shaping one’s nature. And a nurturing environment in which education is received makes for a sound development in a child.

I believe both are equally important – nature is what we inherit from our parents. However, I do believe, that we can transcend those traits that are not favourable to us if we make a conscious effort. And a nurturing environment full of love and happiness will result in a balanced human being.