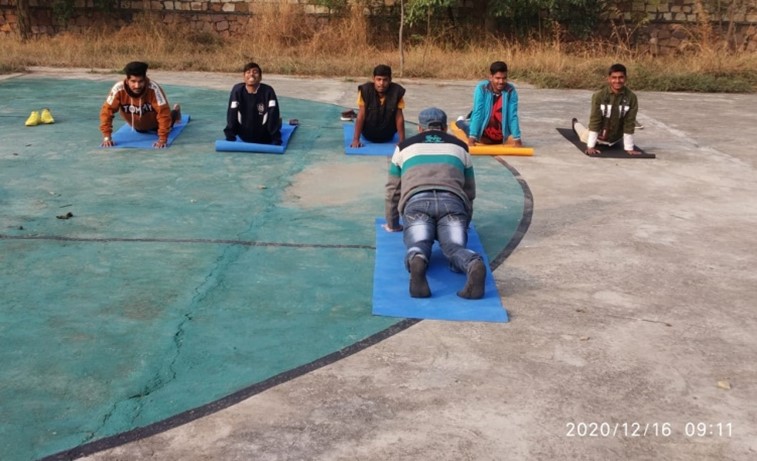 The pandemic has brought major changes in people’s lives – some good and some not so good. The Second Chance School took the decision to conduct its programmes online which was a big shift in functioning. As a consequence, Second Chance School decided to include boys from Jhalawar, Rajasthan.

The boys belonged to Pallavan School, a CBSE-affiliated school from KG to Class 12 including all three streams Arts, Science and Commerce. Since its inception 15 years ago in Jhalawar, Pallavan school is well aware of the local situation in Jhalawar and the aspirations of the young people who want to do something with their lives but are unable to do so due to lack of opportunities, awareness and confidence.

The partnership between Ritinjali and Pallavan led to the creation of the Second Chance program in Jhalawar which resulted in the creation of a job readiness program for such young people partnering with different agencies to provide them with essential skills and working-environment skills using a contextual approach.

Read about six boys who have been included in the program.
Happy Reading!
Warm Regards,
Pallavan Learning Systems Team 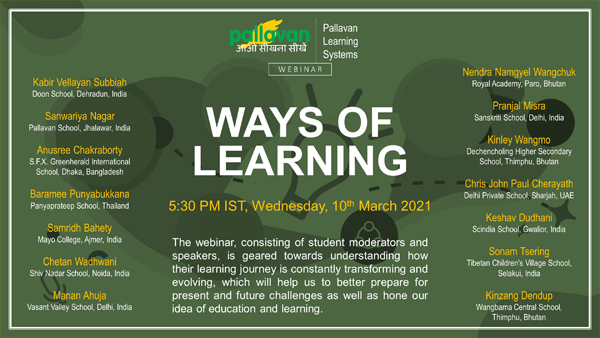 The seventh webinar, “Ways of Learning” hosted by Pallavan Learning Systems was held on 10th March 2021. The panellists included 14 students from schools from differents parts of the world.

The webinar comprised more than 115 active participants including students, teachers, parents, school heads and learners from all walks of life.

Through this interactive webinar consisting of student moderators and speakers, we listened to students’ experiences and insights in order to gauge how their learning journey is constantly transforming and evolving. We understood what innovative strategies have led to positive outcomes, and what ensuing and foreseeable challenges remain. The webinar helped us to better prepare for present and future challenges as well as hone our idea of education and learning.
Click Here to read the full article.
Happy Reading!
Warm Regards,
Pallavan Learning Systems Team