The recent Pandemic brought major changes in our lives some good and some not so good. The Second Chance School took the decision to conduct classes online which was a big shift in functioning. As a consequence, we decided to include boys from Jhalawar where we run a CBSE School (K to 12 including all three streams Arts, Science and Commerce). Pallavan Jhalawar is a sister concern run under ‘The Usha Nath Kapur Foundation.’

Since its inception 15 years ago in Jhalawar, Pallavan school is well aware of the local situation in Jhalawar and the aspirations of the young people who want to do something with their lives but are unable to do so due to lack of opportunities, awareness and confidence. The partnership between Ritinjali and Pallavan led to the creation of the Second Chance programme in Jhalawar which led to the creation of a job readiness programme for such young people partnering with different agencies to provide them with essential skills and working-environment skills using a contextual approach.

Selection of the students

Selection of the students was based on different criteria like their background, reasons for dropping out of school, performances in their earlier classes when they quit their education, and their desire and longing for achieving something in their lives. For the purpose, an online workshop was organized which was attended by many students from Jhalawar school itself as well as from villages as far as 30-35 kilometer from the district headquarters. Based on their performances and kinds of queries raised in the workshop, six students were selected to be a part of the programme.

Background of the Students

All the six boys come from BPL (Below Poverty Line) and five of them come from rural areas. The profile of the students is as follows:

Anil Rathore is one of the four children of a small peasant in Julmi village which is around 35 kilometers form Jhalawar. 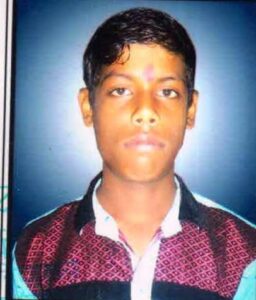 His mother is a National Rural Employment Guarantee Act (NAREGA) worker. Anil passed 12th in Geography, Political Science and Hindi literature from Government Senior Secondary School, Julmi. Anil wanted to pursue higher education, but could not continue seeing the family conditions. He started working in NAREGA and also on the small piece of land his family owns. Anil is a passionate swimmer and plays football whenever he gets time. When he joined Ritinjali Second Chance School, he had a plan to do a course to become an electrician. However, he is open to any course which gives him the opportunity to support his family financially.

Yashwant Rathore belongs to Julmi village and lives with his parents and one brother. His father is a daily wage worker in a nearby Kota stone mines while his mother is a NREGA worker. 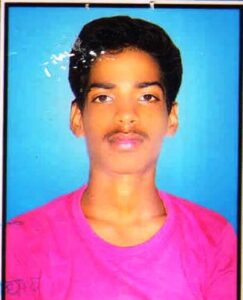 Since his family doesn’t own any agricultural land, Yashwant also used to help his parents in earning some money by working in Kota stone mines or wherever he got any such assignments when he was studying in the government school. Since he was absent from the school as he had to work in the mines, he was reprimanded by school authorities many times with a threat to expulsion from the school. After completing Class 12 in Humanities with Geography, Political Science and Hindi literature, he quit his studies and started working full time in the stone quarry. Anil’s favourite subject is Geography and his dream is to become a geography teacher. However, after joining the Second Chance School, he wants to become an Electrician, though he is open to any course which gives him any job at the earliest. He has also done an RSCIT course in Computer Science which is a necessary requirement for a government job in Rajasthan. His passion is swimming and listening to music.

Manish Kumar Regar belongs to Harigarh, 25 kilometer from Jhalawar and lives with his brother and parents. 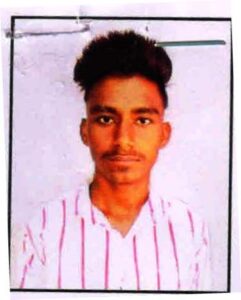 His father is a mason, and his mother is a worker in NAREGA, and his brother works in a stone quarry. Manish also works whenever he gets any job. Since schools require regular attendance and he could not attend school regularly as he had to support his family. Hence, he quit the government school and got enrolled in State Open School Board and passed Class 10 in 2018. He then got enrolled in the Government school again as he could not afford the Open School fee for Class 11 and cleared the same in 2019. However, again he says that he cannot continue his studies as the schools again require regular attendance.

Manish’s family doesn’t own any agriculture land and, hence, he says that he needs to stand on his feet as soon as possible in order to be able to support his parents. He has completed a Diploma Course in Computer Applications and plans to pursue an ITI in electrician. His passion is cricket and listening to any kind of music which give him pleasure, but he feels sad when he sees someone getting hurt physically.

Satish Kushwah belongs to Kachhi mohalla (unregistered colony) of Jhalawar and lives with his parents and four siblings. His father is a mason while his mother is a house maker.

Before joining Ritinjlai’s Second Chance School, Satish worked as an untrained part-time electrician. After passing his 12th in Political Science, History and Hindi Literature in 2018, he could not continue his education due to poor financial conditions and pressure of earning money to support his family. Satish’s dream is to be an electrician and get a government job, but due to lack of guidance and information about different courses, he was not able to enroll in any such course.

Manoj Kumar Regar belongs to Harigarh (25 kilometer from Jhalawar) and lives with his parents. His father is a priest in a caste temple as well as a mason and with his mother is a NAREGA worker. 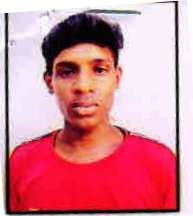 He has passed Class 9 from Government Senior Secondary School, Harigarh, and planned to get enrolled in state open school board for Class 10. Since his family doesn’t own any agriculture land, Manoj had to work as daily wage labourer in a catering agency to support his family. Slowly, Manoj learnt cooking very delicious Dahi Vada and continued working in the catering agency that used to call him on a need basis only during marriage seasons. When he was free from his duties, he used to work in a stone quarry. Manoj like any other boys of the area, wants to do a course in electrician, but is also open to any kind of professional course which may give him any job at the earliest.

His passion is to play badminton and reading any kind of books gives him immense pleasure while poverty of the area where he lives in hurts him intensely. 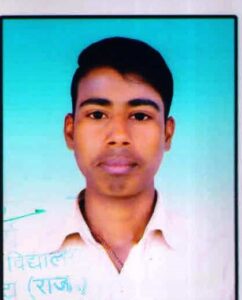 t Julmi village around 30-35 kilometers from Jhalawar. His father owns a small tyre repair shop while his mother works at their small piece of land and does farming. Sonu also helps his father in running the shop and also his mother in agriculture.

After clearing Class 12 (Geography, Political Science and Hindi Literature) in 2020, Sonu was not sure what to do. Following the trend of the area, Sonu also wanted to do a course in Electrician, but his dream is to work as a chef.

A programme which helps fulfill dreams

To begin with the boys have been enrolled for a six-month job readiness programme and classes are organized online in Pallavan School Computer lab. As stated earlier, we have partnered with different agencies like Pallavanjali under its Pallavanajli Institute For Actualization of Individual Potential (PIAIP) for personality development, INLINGUA for Spoken English, Aptech for Computer Literacy, Pallavan Learning Systems for Five Areas of Development and so on.

Students reach the school between 8.45 am to 9.00 am and just after reaching the school, they undergo a yoga session with Mr. Sher Singh, the coordinator at Pallavan School from 9– 9.20 am. 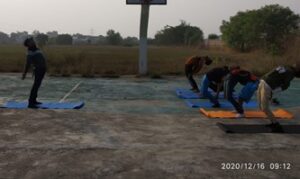 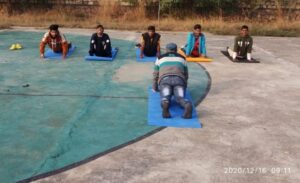 At 9.20 am the students are served breakfast followed by classes on personality development including, etiquette, speaking skill, communication skills, art and craft etc. organized by PIAP, Pallavanjali. The session starts by doing an analysis of Skills & Capabilities with an objective to recognize strengths, identify gaps in knowledge & judgments, and to evaluate the level of job-related complex competencies that everyone demonstrates. Skills & Capabilities Assessments is basically intended to provide additional support for ongoing identification, crea 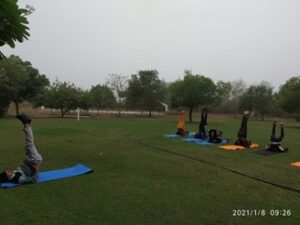 tion, and implementation of support programs. In addition, a daily reading session is organised catering to the varied levels and with multiple activities. In addition, students are encouraged to observe and share their local area. One most important aspect of the programme is in development on several issues like Self-motivation and Attitude, teaching them the difference between Etiquettes and Manners, communication and tone of voice, Personal Grooming like Bromodosis, managing Body Odours and Foot Odours, importance of how personal hygiene and odors are connected with each other etc.

The English spoken class is organized by INLINGUA which is a prime organization in teaching spoken English. The students are given different worksheets to solve with the help of simulation and different activities. The topics covered range from the alphabet to tense, to voice to every single aspect of spoken skills. 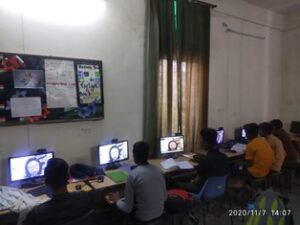 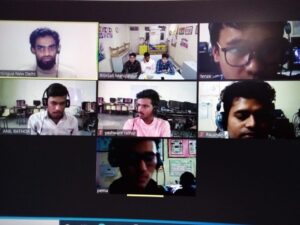 The students are served lunch at around 12.30 pm followed by a session on life skills. 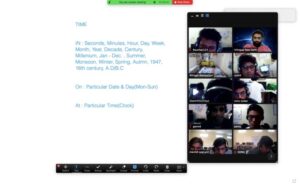 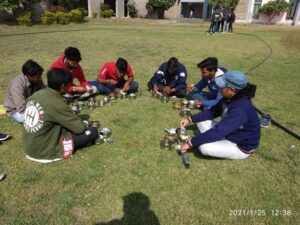 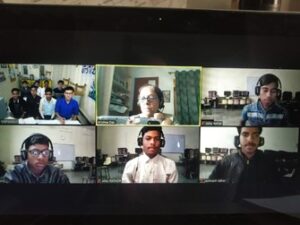 The session on Expressive Arts has been designed seeing the different learning levels of the learners so that all the students benefit from art education, and succeed. Since, different students have unique learning potential, seeing the dynamism of art education, we use art to engage, motivate and encourage the boys to develop their creative, artistic and performance skills to the full. 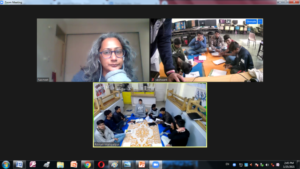 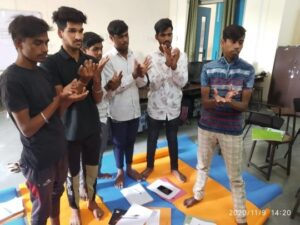 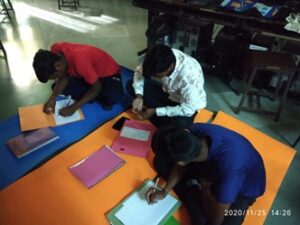 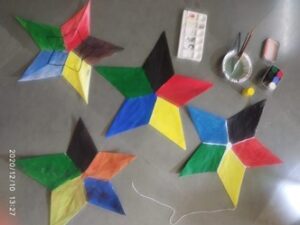 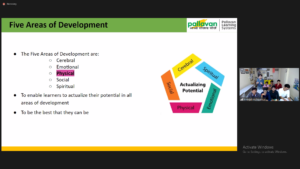 The Second Chance School provides a secure, loving and stimulating environment to the boys through a range of learning experiences. We are strived to improve a student’s essential skills and workplace- relevant skills using a meaningful, practical, culturally appropriate, and transferable approach. After completing six-month programme, the students will be enrolled in different job guaranteed apprentice programmes by assessing their abilities and interest by our panel of expert people.