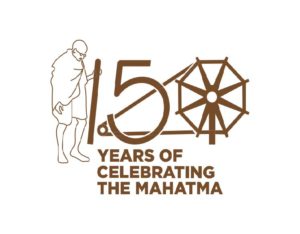 The Wheel of Mindful Practice
by Sangeeta Doraiswami
In the year 2019, the world celebrates the 150th birth anniversary of Mahatma Gandhi.Much has been said and written about this unique human being these past decades, and every aspect of his work and writings have been minutely scrutinized. At the same time, since his assassination, the image of the Mahatma has increasingly evolved, organically, into a series of iconic images. Read More