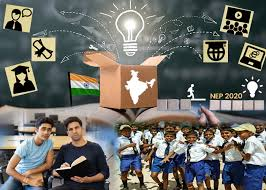 Time to Change the Indian Education System by Sangeeeta Doraiswami

The National Education Policy (NEP), 2020 has been approved by the Union Cabinet of India on 29th July 2020. NEP 2020 is India’s first education policy of the 21st century, and the first in nearly thirty years. The policy aims to address the many growing developmental imperatives of India. It is aligned by design with the 2030 Agenda for Sustainable Development, as adopted by the United Nations. In an India-wide context, the NEP is built on the foundational pillars of Access, Equity, Quality, Affordability and Accountability.. Read more 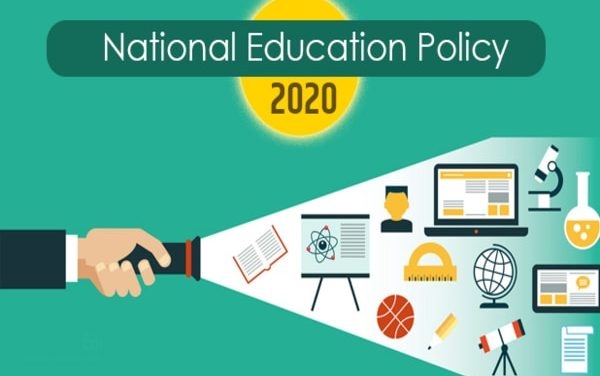 The foundation of any successful policy reform lies in designing an adaptive architecture, which is in tune with the requirements of a changing demography. The National Education Policy (NEP) 2020, which was recently approved by the Union Cabinet, introduced the country to a new education paradigm for the 21st century. The real achievement of the policy has been its focus on removing the vestiges of policy inertia which has plagued the education sector, partly also because the last proper National Policy on Education was released in 1986. The NEP 2020 is transformative as it sets in motion reforms across the pedagogical and curriculum, expanding focus on Early Childhood Care and Education (ECCE), foundational numeracy and literacy, multilingualism, experiential learning and holistic development of learners and effective standards for monitoring and evolution of the same.. Read more 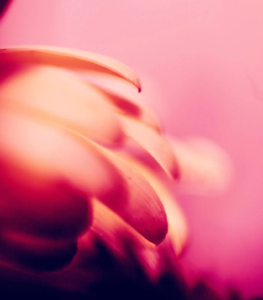 Education in the Post Pandemic World: It cannot be business as usual, we must transform our processes to help learners thrive by Arun Kapur

There is a pause in the normal delivery of education both in schools and at universities. This gives learners the opportunity to reflect on and consider what is being learnt and how this learning is happening. Is it really fit for the purpose of today? The students who are graduating this year will find themselves in a very different world from the one they were expecting to graduate into. Within the space of a few months the economy and the job market has changed dramatically and as of now we are unsure when and what it will look like. What will the world need when we come out on the other side of this? Who will be able to step up and take the risks of moving forward in a different world? It would be a great shame that if after the devastation the pandemic has caused globally we return to business as usual without considering how we can do things differently, how we can do things better. Change often happens slowly in large educational institutions because exam deadlines are so tight educators can’t risk trying something new. But now we have the time, and surely it’s our duty as educators to consider how we can make what we do better .. Read more 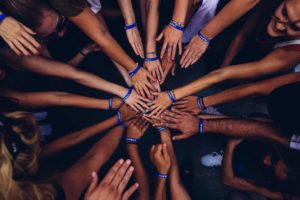 One of the main purposes of education, how we at the Royal Academy, Bhutan, envision it, is to help learners become persons of substance – people who do the right thing because it is the right thing to do. Such a collection of learners will not only thrive but also ensure that the community which they are part of fares exceedingly well. In the 20th century, based on the works of educational philosophers such as John Dewey, Jean Piaget and Lev Vygotsky, the focus of learning shifted to learner-centred. Read more 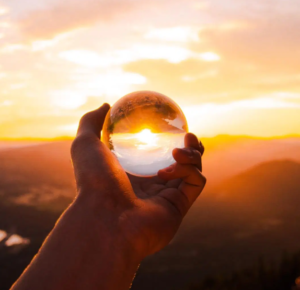 Taking Ownership of your Learning:Leveraging Technology to Personalise Learning and Actualising Potential by Arun Kapur

Over the past two decades, the rate at which new content has been emerging and knowledge changing has rapidly increased. This has meant that by the time a learner graduates from a traditional undergraduate course, the environment in which they need to apply their learning would have transformed significantly. This changing educational landscape has been further proliferated by online learning providers in the form of Massive Online Open Courses (MOOC) which have been around for nearly a decade now…Read More 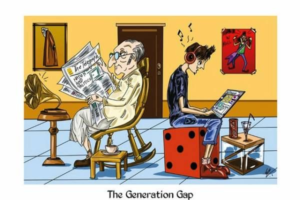 In every organization, it is normal to find a wide array of diversity among the members that make up the group, in terms of age, educational background, experience and skill. Of greater significance in an educational institute is the generation gap, most obviously between teachers and students, and even between different generations of educators in the same institution…Read More

The Novel Coronavirus/COVID-19 has currently infected over 13 lakh people including taking the lives of over 1 lakh people in 180 plus countries across the world. It has forced major countries to impose either total or partial lockdowns on movement of people, goods and services …Read More 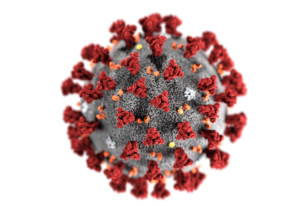 Pandemic, lockdown, quarantine, social distancing – these have become everyday vocabulary; a global crisis of this magnitude is a first for everyone. Economic implications of all these are scary and will have far-reaching implications. The number of people infected and who have succumbed go up every day giving rise to fear and uncertainty.. ..Read More 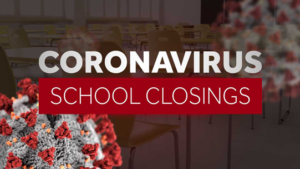 The first global pandemic of this decade has had an unprecedented impact upon all sectors of activity, including education. Today, educators and students around the world are grappling with the extraordinary effect of the spread of an as-yet untreatable Coronavirus that has no vaccine.. ..Read More 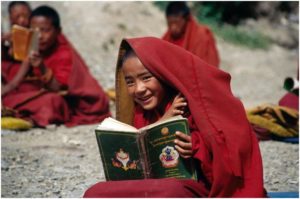 A Short Story Behind the Wall of Flavour
by Thupten Tsewang
Momos…really?When we come across ‘Momo’ counters in Delhi, do we think of Tibetan Cuisine? I am not sure.Usually, the people attending the counters are mostly either from Nepal or from India’s North-east. Moreover, the ingredients have evolved so much to suit urban tastes that if we were to present the authentic Momo, I am afraid customers may not even like it.
Anyway, that’s the story of Tibetan cuisine..Read More 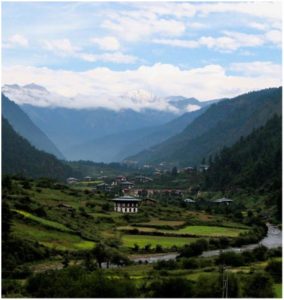 Thoughts from the Philosophers’ Retreat
By Choki Wangchuk

With an unprecedented rate of change in society, the concept and purpose of education has expanded far beyond basic literacy and content-based knowledge. It has come to focus more on the process of learning, growing up and becoming an adult, which requires one to develop a personal philosophy. 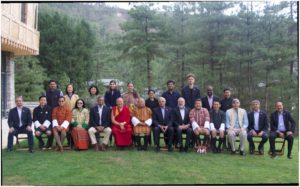 Views from the Philosophers’ Retreat 2019
By Choki Wangchuk
The panel discussions that took place on June 14 and June 15, 2019 as part of the second Philosophers’ Retreat focused on the theme, ‘Inculcating Resilience in Youth’. The topic was a follow-up to the 2018 retreat that centered around the ‘Purpose of Education’ and its role in preparing our youth for the ever-changing world. It was noted that resilience is one of the main traits to help the youth deal with the various challenges of life and the inevitability of change.Read More 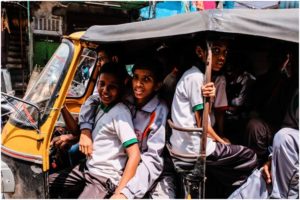 The Importance of Travel in Education
By Nikita Bhargava

As our daily lives become busier and more complicated, it’s important to step outside of them once in a while to travel and recharge. Butto look at travel as just a recreational activity is to miss out on a massive opportunity- that of looking at it as part of one’s education. Education is not confined to a classroom, nor does it end with school- education is a lifelong process. Read More 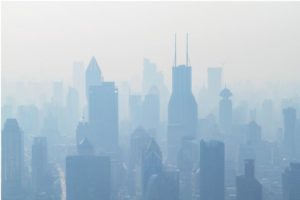 Helping Children Save the Environment
by Sunaina Narang

There has been much concern over the air pollution in our capital city lately- the situation peaking over Diwali. Air monitoring agencies declared the Air Quality Index (AQI) to be at the “severe” level: AQI was recorded at 494 over Diwali. An AQI value over 300 represents hazardous air quality. Like all parents in this country, I was truly concerned about the health of my child. Read More

My school, the Sri Aurobindo International Centre of Education in Pondicherry celebrated its 75th anniversary yesterday recently. Founded in 1943, ‘it strives to evolve a system of integral education in an environment that inspires children to develop the… Read More 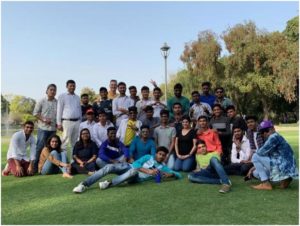 A Second Chance for the Marginalized?: Researching Civic Innovation in New Delhi, India
by Saroj Thapa

The Second Chance Initiative, a civic innovation project led by Ritinjali, an NGO in New Delhi, India, aims at empowerment of young adults – men and women – throughskilling, employment and financial independence. These are usually people who dropped out of school for various reasons. They are largely composed of poor people, .Read More

Analyzing Recent Developments in India-Bhutan Relations
By Portia Conrad
This year witnessed a series of state and high-level visits between India and Bhutan. The recent visit of the Minister of Foreign Affairs of Bhutan H.E. Lyonpo (Dr.) Tandi Dorji to New Delhi, between 17 and 23 November 2019, is said to have reviewed…Read More 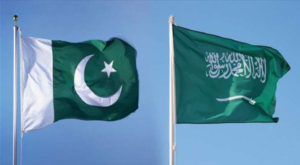 The recent conundrum over Pakistan’s non-participation at the Kuala Lumpur Summit allegedly on Saudi Arabia’s directions, calls for a review of Pakistan’s diplomatic relations with Saudi Arabia….Read More 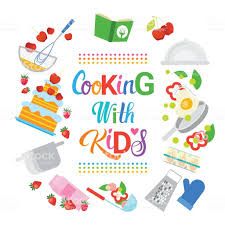 Learning through Cooking
by Sangeeta Doraiswami

Although the kitchen is the engine room of the family unit, and is often seen as a space from which the presence of children should be restricted on grounds of safety, if organized imaginatively and with suitable supervision, it can be an excellent learning place for children..Read More 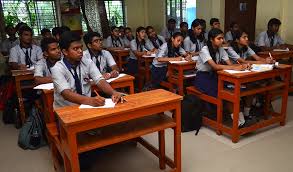 The Importance of Co-Education
by Sangeeta Doraiswami
Modern schooling has evolved from a process of socializing new entrants into society–children–by setting in place social expectations, norms, rules and instilling patterns of behaviour. Education is a part, but by no means all, of the process, since it also includes the transmission of knowledge as an important component of the schooling process…Read More 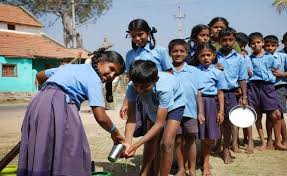 Teaching Our Children The Art Of Sharing And Caring
by Sangeeta Doraiswami
Disputes and conflicts among children may be as small as the children themselves and as brief as their attention span, but they often stem from the same source: ownership and sharing. This is of course why “give me” and “that’s mine” are words children learn very fast, because the desire for gratification is immediate, just as frustration over not being so gratified..Read More 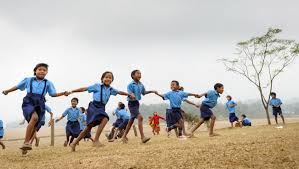 Combinatory play is the “act of opening up one mental channel by dabbling in another”. In other words, it is taking two unrelated things and putting them together to generate new ideas, as defined by Albert Einstein. ..Read More 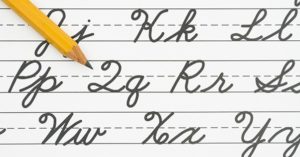 My 7 year old son is learning how to write at the moment which has made me think back to my childhood. Times, of course, have changed and the way we do things have also evolved with the times. While I learned to read and write the old-fashioned way I find that my son has a lot of aids at his disposal. . ..Read More

Media is the key medium through which society disseminates information. It’s reach and power have always been so extensive and immense that it has often been used to educate, inform or even influence and mobilize large numbers of people at very little comparative cost, and at considerable geographic distance…Read More